What is Proof of Stake, and how does it work?

What is the Proof of Stake (PoS) algorithm? Which cryptocurrencies use it, and which still work on mining? How is it different from Proof of Work, and what are even greener alternatives to PoS? All the subtleties get explained in this material.

What is Proof of Stake (POS)?

Proof-of-Stake is a mechanism for verifying transactions made on the blockchain network of certain cryptocurrencies. PoS is similar to Proof-of-Work (PoW) but does not require mining to validate transaction blocks. Proof-of-Stake definition implies that transactions get validated by stacking, in other words, by keeping coins in their owners’ wallets. Yes, it’s holding the coins and not selling them for a certain time. You offer your crypto coins as a bid for an opportunity to verify a block and become a validator, i.e., a validating member of the network. The bid must exceed a certain number of coins. In the case of Ethereum, for example, this amount is thirty-two ETH. Validators get chosen at random, so you may not get lucky. Validators also receive a reward, which is predetermined. The maximum number of crypto coins the issuer can put on the market is also known.

So, to answer the question “What does Proof-of-Stake mean?”, we can say that it is earning money by keeping the cryptocurrency in your wallet and actively participating in the validation procedure for new blocks on a particular network. The networks can differ, as more than one coin uses the Proof-of-Stake mechanism. Such “mining” does not require you to pay endless electricity bills and purchase expensive equipment, and the profits can exceed what you would potentially make as a miner. As you may have already realised, Bitcoin is not on the Proof-of-Stake tokens list. Neither are any other PoW coins that require mining. Is it possible to convert BTC checking mechanism into Proof-of-Stake? Theoretically, yes. However, it will take years, and the coin’s value could fall dramatically, putting the creators under pressure from the investor community. Therefore, the Proof-Of-Stake cryptos remain without the world’s most famous crypto coin. 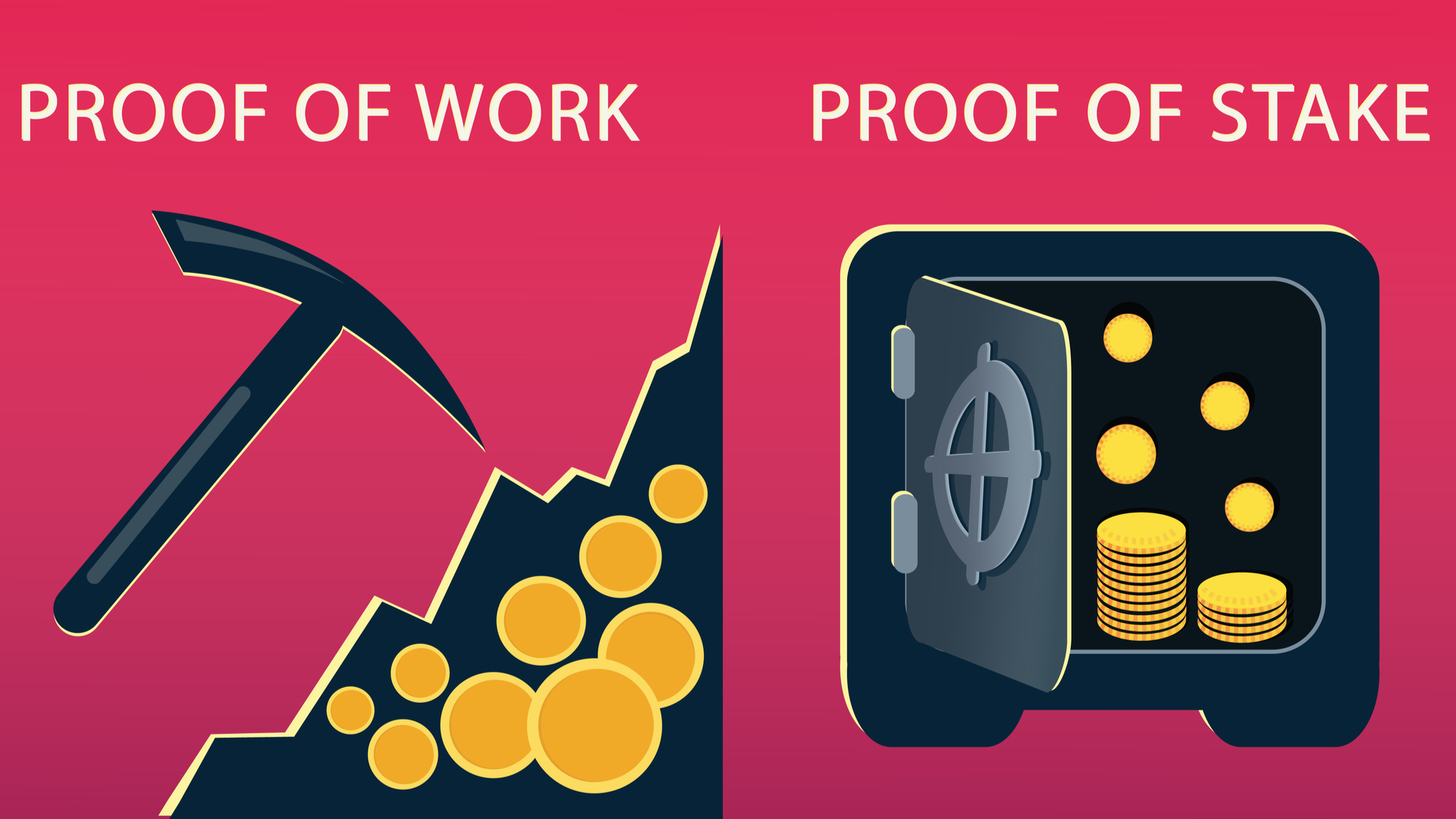 The difference between Proof-of-Work and Proof-of-Stake is clear. One mechanism requires mining, and the other requires stacking. Stacking is the holding of coins in one’s account. Validators who hold coins offer a certain number of coins to participate in the blockchain transaction validation process. They make a profit if they are selected. It happens randomly. If they don’t get chosen, they wait for another transaction.

On the other hand, mining is finding the block’s cryptographic key, or hash, using complicated calculations performed by special machines. Once the block hash is found, the miner receives a predetermined monetary reward. In this way, miners invest in electricity and equipment, while validators invest in the network coins themselves. Consequently, Proof of Stake energy consumption is minimal, which distinguishes this technology. However, in the blockchain, the Proof-of-Stake consensus doesn’t differ from other consensuses regarding how it operates within the network. It ensures the security, authenticity, and traceability of transactions.

Additionally to Proof-of-Work, there is the Proof-of-Authority algorithm. It is an algorithm based on the reputation of validators. In other words, users who validate blocks of transactions. Reputation is the rate of such users. Unfortunately, they do not offer coins to validate transactions, and on top of that, the number of validators is limited. That’s because not every user can boast a crystal-clear reputation. To become a validator in the Proof-of-Authority consensus algorithm, you need to prove your identity on the blockchain — which is no longer about decentralisation and anonymity — and earn the right to be chosen by making transactions and verifying blocks without errors.

Proof of History vs Proof of Stake

How is Proof-of-History different from Proof-of-Stake? Proof of History is a verification method created inside the Solana blockchain. It is an algorithm for synchronising the blockchain. The algorithm has an internal clock that shows the same time on all nodes. Thanks to this synchronisation, nodes — i.e. computers on the network — can check the time elapsed between blockchain transactions. Moreover, they do this automatically, whereas, in other networks, validators need to contact each other to reach a common agreement on the timing of actions. Such technology, according to experts, is becoming a substitute for Proof-of-Stake.

Thanks to the Proof-of-History mechanism, the cryptocurrency can offer reduced transactions for transferring, buying and selling currency. Additionally, transactions are several times faster than usual, making the network more scalable. Nevertheless, the number of validators does not allow the blockchain to expand as much as its creators would like. About one thousand two hundred validators in the Solana network are now familiar with the new technology. Who knows — maybe this technology will turn the market upside down soon?

Proof of Stake advantages and disadvantages 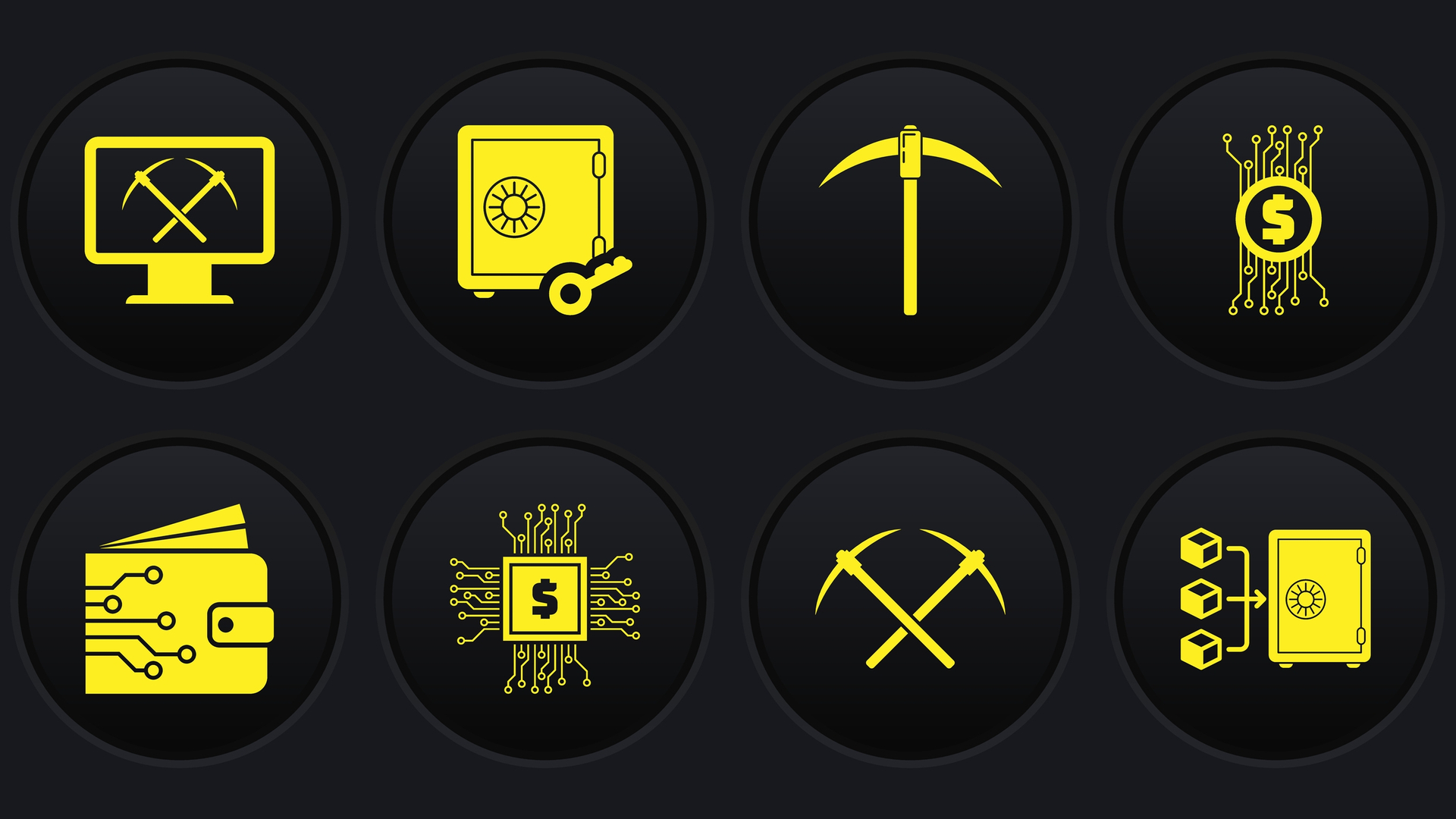 The advantages of Pure-Proof-of-Stake are:

Now let’s talk about the disadvantages of this technology.

How does Proof of Stake work? 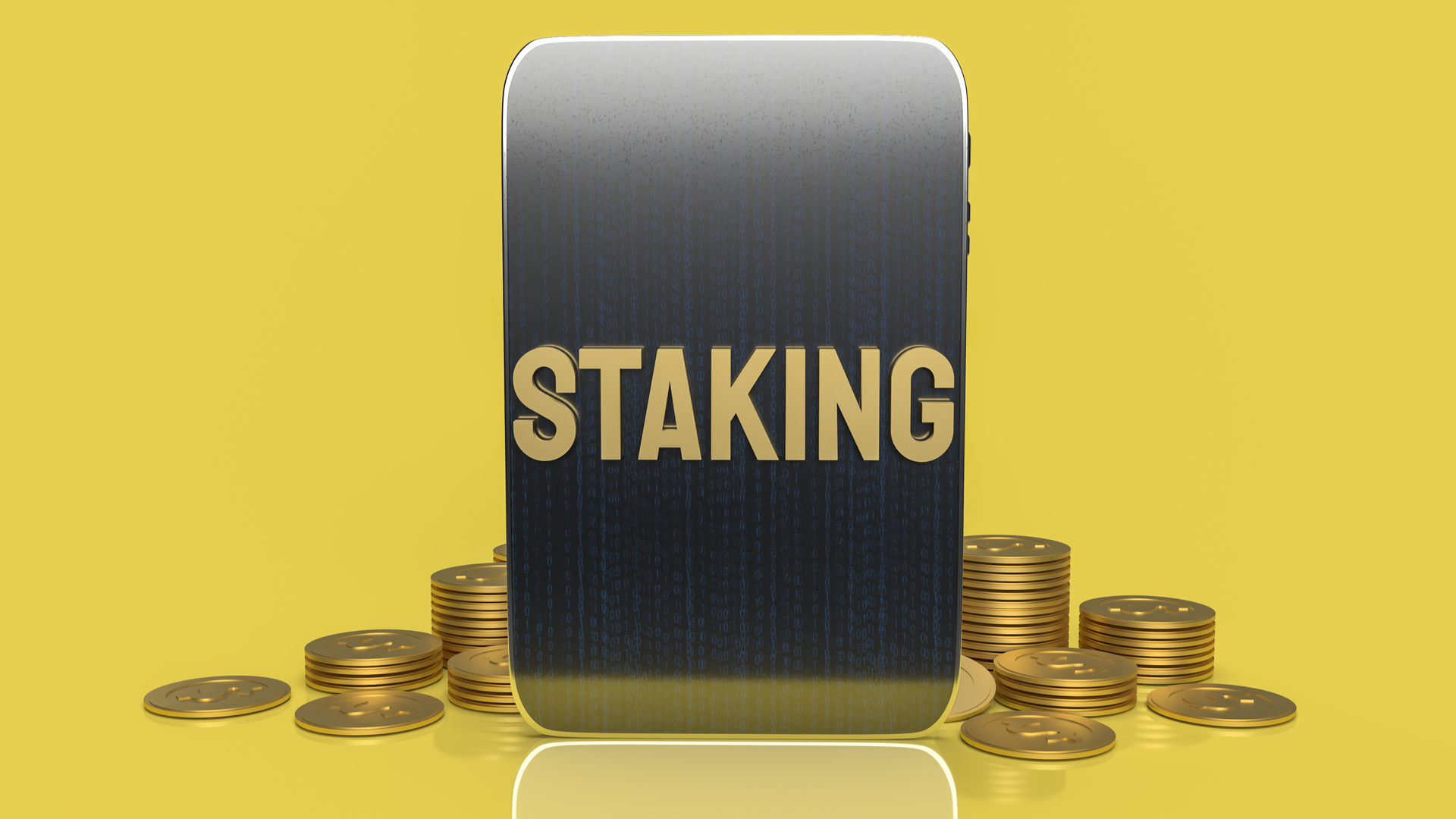 It’s as simple as that. There is a blockchain network where crypto transactions occur and blocks form. Think of it as a Cardano network, a coin that runs on the Proof-of-Stake algorithm. Blocks need to be validated. You buy Cardano coins and “bet” them as a validator. The higher the stake, the higher the chance of becoming a validator. The system automatically picks validators. It considers your stake and the “age” of your coins — how long ago you used those coins for stacking last time. By the way, the longer they are passively kept in your wallet, the better. It then randomly assigns validation to several users. Their number depends on the size of the block and the number of transactions in it. You then validate the transactions in the block — not manually, thankfully — there’s a special software for that. The coins that were your stake are locked in your wallet, and you can’t sell them.

According to this Proof-of-Stake model, the “age” of the coins is reset to zero after you use them during the block confirmation process. You then cannot use them for stacking for some more time.

Delegated Proof-of-Stake is an evolution of the concept of Proof of Stake, which is the voluntary selection of validators to check blocks. The community of coin holders chooses them. These validators are called delegates or block makers. However, they do not bet their tokens, but the tokens of the users who voted for them. It allows users to profit without transferring their coins into someone else’s wallet. The delegates change with each new block. Their number can be up to one hundred users. Everything is fair here: the more tokens you add to the “common pot”, the more profit you get. It works for almost all cryptocurrencies; it is used by the Polkadot network, for example. 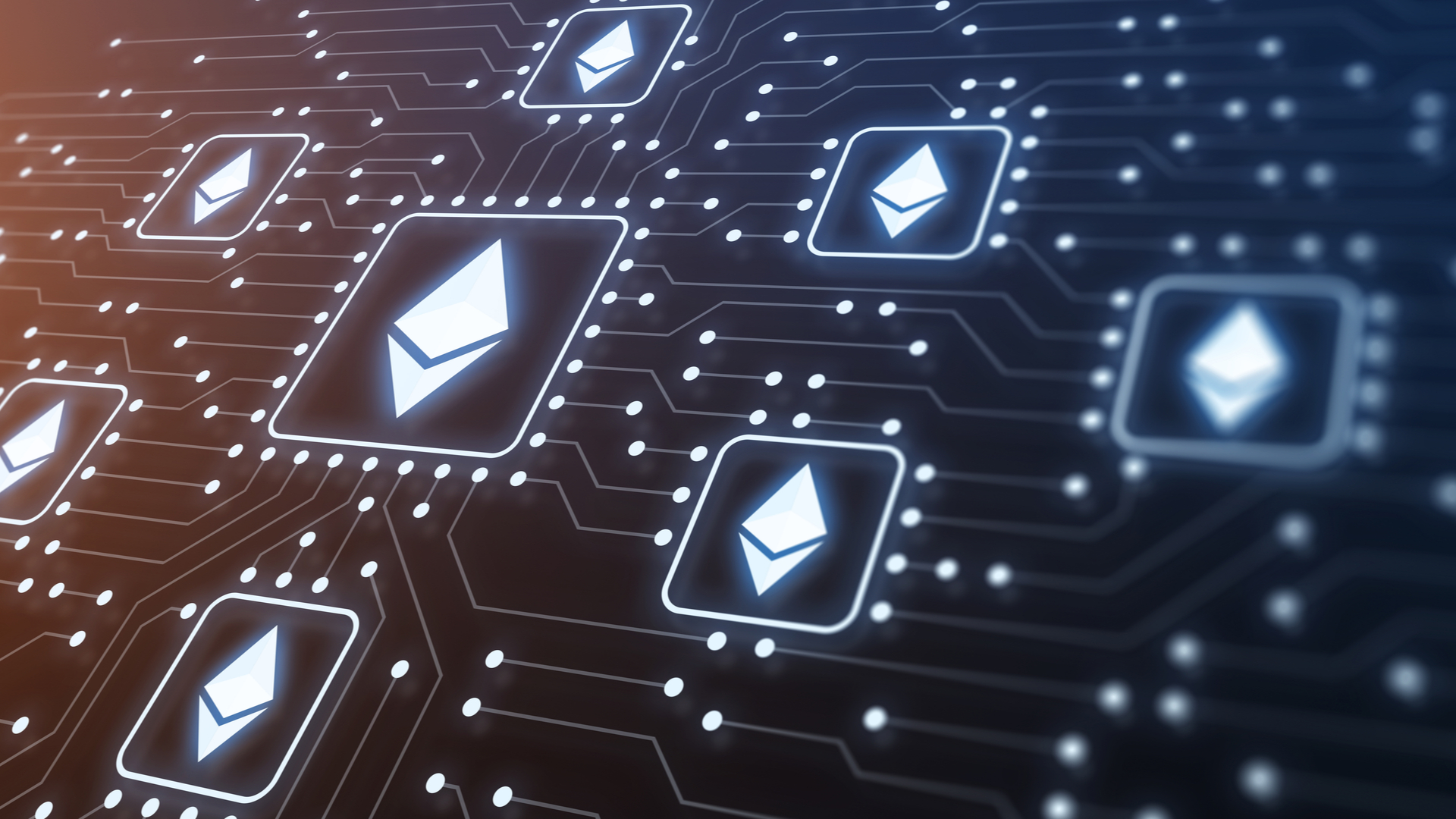 Will Proof of Stake kill mining? 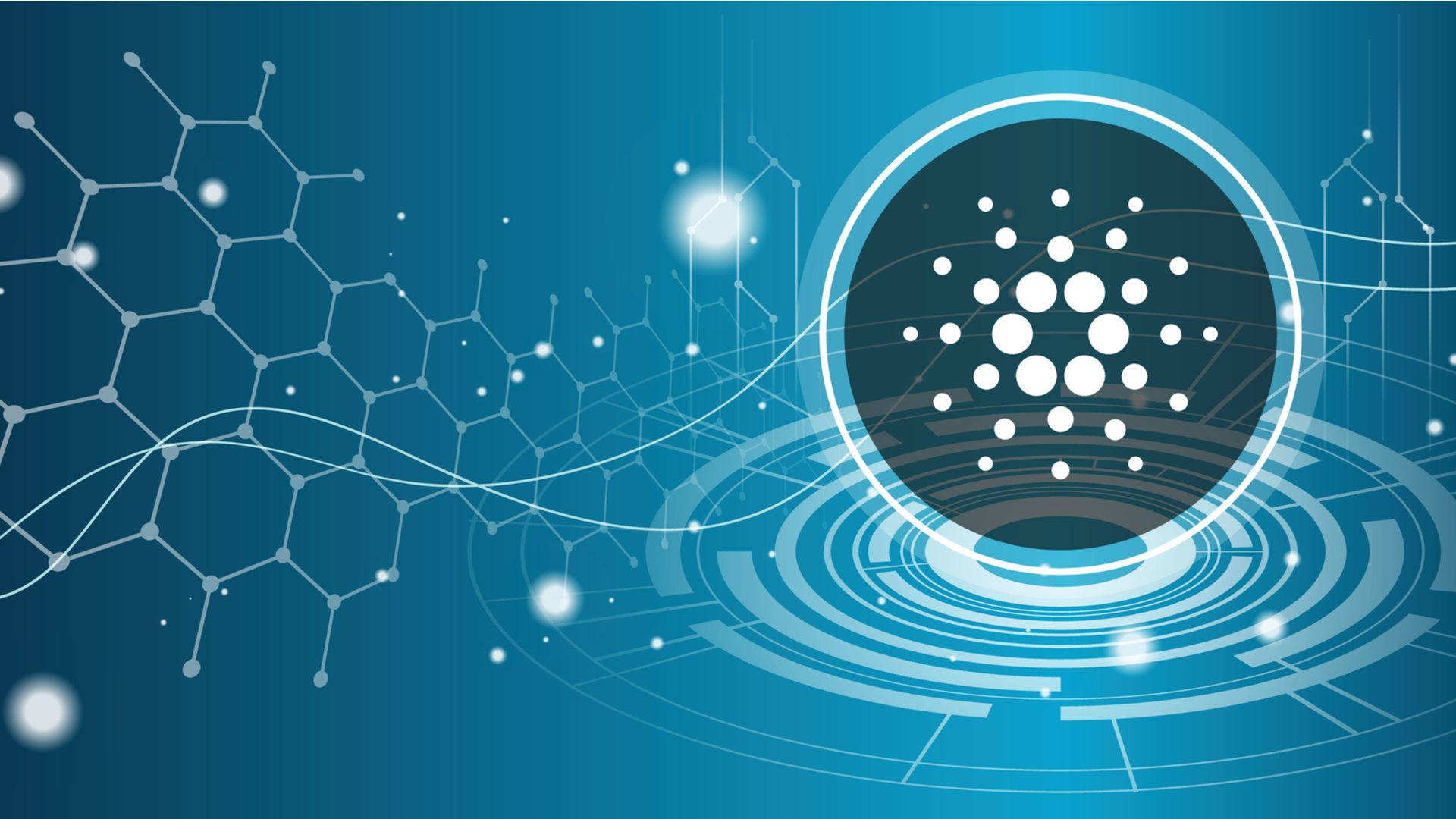 Can Proof-of-Stake completely supplant and replace mining? Most likely, as it is a “green” alternative to the PoW algorithm. Therefore, it ensures that the crypto market functions as smoothly as possible. I mean, judge for yourself: energy consumption is lower, and expensive equipment is not required. The researchers are confident that if Ethereum and Dogecoin switch to the Proof of Stake algorithm, their energy consumption will drop by 99.9%. You can trace it in any diagram showing the comparative performance of the two algorithms.

What if the miners use renewable energy sources? For example, they start getting energy from sunlight, as many mining companies are already doing, or put mining facilities next to volcanoes, as El Salvador has done. Yes, it would probably help solve a lot of problems since the energy would be renewable. However, people will still need electricity for the process to work, making Proof-of-Work a thing of the past little by little.

Experts believe that the demise of the Proof-of-Work algorithm could be delayed by locating mining systems near sources of energy which would be too expensive to transport over certain distances. For instance, if the energy source is in the desert — let’s say it’s solar panels — it would be much cheaper to locate the miners next to it and spend the energy just for mining. The miners will pay for it anyway! However, transporting the energy from the desert to the nearest cities will dramatically increase its cost. Locals will definitely not like that. Is it an argument? Well, yes, but will it help to keep the Proof-of-Work algorithm afloat? Hardly, because the countries entirely oppose it even at the legislative level. For example, China banned the mining and circulation of cryptocurrencies altogether.

And what is the Proof-of-Stake infrastructure bill? Can it affect the popularisation of the Proof-of-Stake algorithm in America, where it is most often adopted? Well, probably, yes. The Biden administration intends to tighten tax laws on digital currencies. Now everyone who has anything to do with cryptocurrencies, i.e. sells, buys, creates, or passively invests in them, will have to pay taxes. All these activities will have to be reported to the government through tax forms that Americans fill out. You can expect fines if you report something incorrectly and the IRS discovers it. Yes, even if you didn’t deliberately withhold information and didn’t know you had to report it.

The law is already getting harshly criticised. Convinced locals believe that the powers that be just want to collect more money to pay for the planned expenditure of the state. Moreover, under the new laws, all cryptocurrency users will be forced to disclose their information. It can no longer be called decentralisation at the head of the market. Coinbase, Square, and Ribbit Capital warn their users that this law tightens financial oversight and paves the way for even more industry closure. Fight for the Future and the Electronic Frontier Foundation oppose the bill. They are both fighting for the privacy of blockchain users. That’s not to say it hasn’t borne fruit: the senators have already promised that miners, validators, wallet providers, software developers and other non-financial intermediaries will not be subject to disclosure and tax requirements. That didn’t sit well with their peers, who suggested that validators should still disclose personal information and pay tax. We will soon see how this will work in practice.

Will it slow down the popularisation of the Proof-of-Stake algorithm and worsen its reputation? I don’t think so. Laws that tighten the market are being passed everywhere, but it doesn’t really affect crypto investors’ reaction. However, it will make crypto assets more difficult to deal with, and we must prepare for that now.